Death Of a Wall

I haven’t driven to SF as of late and it’s been quite some time since I exited at Fremont St.  Today I did, as a passenger, but just the same, I did. The Fremont street exit was unique in one very significant way. At the bottom of the ramp directly in front of you was a large concrete pillar and you were forced to turn left. However, the view of the pillar was unavoidable and moreover the flow of traffic was constant for a good part of the day. For a street artist it represented a almost perfect surface.

That said, it is no longer there. I believe it was a remnant of the old embarcadero freeway and had outlived it’s usefulness by a good 20 years. Finally it has been completely razed. 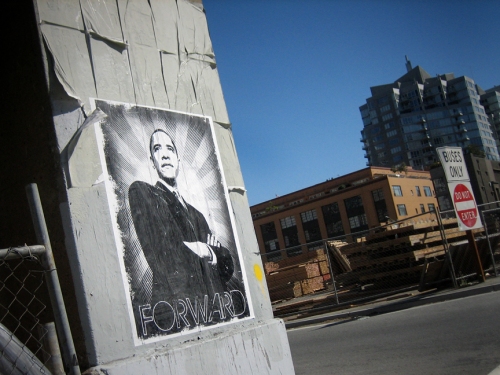 I wouldn’t consider myself a particularly sentimental person. People often pass through my life, their absence noted and clinically attributed to the nature or cycles of human interaction. The emotional equivalent of a shrug.  Something about that wall not being there anymore, got me thinking…

About all the pieces I’d put there, and the people I was with, and the passing of time. It was one of the first spots I ever got up on. It was exactly 52 inches wide. That pillar was in books and newspapers during the Obama campaign. I had pieces that ran for 2 or 3 months on there. I have new pieces that were planned for that spot. 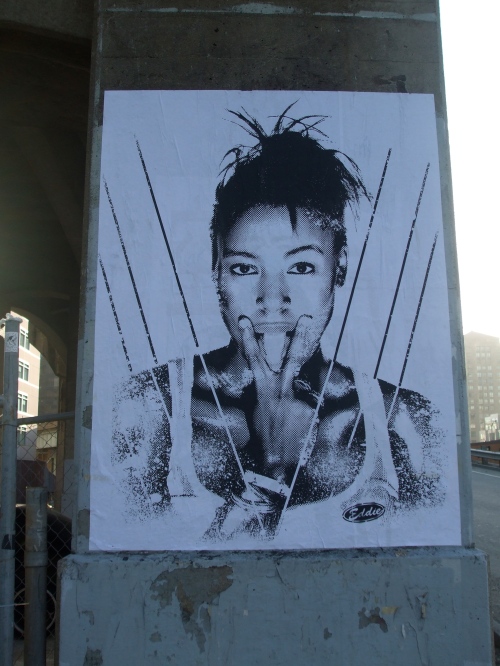 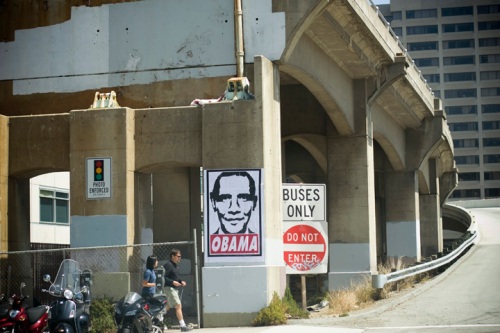 That’s life though. You find your little places in the world, that are your’s and that make sense. That pillar was one of those places.

2 responses to “Death Of a Wall”